Where to start?
Well, I was always into electronics, so when the Computer Revolution came along I was right up for it.
I like photography, video and messing about with websites, the internet and Computers.
I will have a bash at most things if I take the notion.
(and, yes, I am always looking for work, and happy to help people)

I don't much like photos of me.
I am happier on the other side of the camera 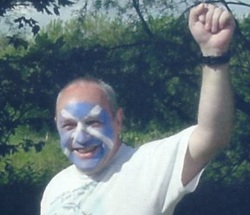 Okay, it was during a weekend in Dorset when we had a caravan, about 2001 I guess.
They had a sort of campsite party, and I had a couple of beers and got in amongst the kid's face paints.

Pffff... must have been around 2007-ish, just me standing with a cuppa at the door of our Bungalow in Wales.
I did learn some Welsh at nightschool... "Croeso" means "Welcome"

I had decided to grow my beard again, but it didn't last long this time - it was the first time it had grown in grey! :o( 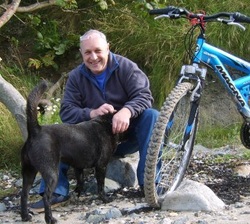 *sighs*, ah, happy days, just out cycling round Penrhos with the dogs, back in 2008-ish.

This one is Bella, or as she grew to be affectionately known by Carole as "Bella-Boo" and later, to me, as "Boo Boo" the Dog.

I was very very fond of her, she was special. A shame when Carole and I split up that she got custody of the dogs, but 'technically' they were originally her Daughter Clare's dogs. 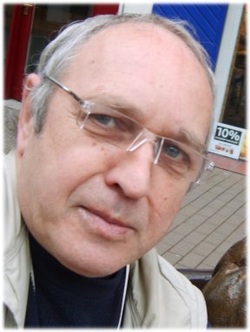 Lousy Self Portrait, taken in Perth, must try to find the original as it has a statue next to me, which was what the visual joke was all about. 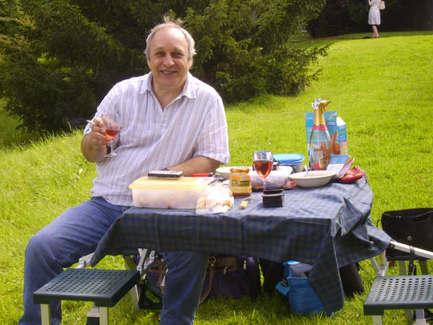 Me, having a picnic.

I am gutted I lost that picnic table somewhere along the line, that was a handy bit of kit.

at Mull of Kintyre 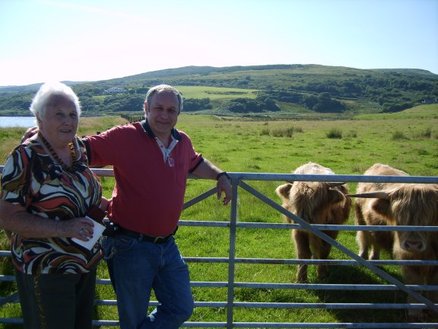 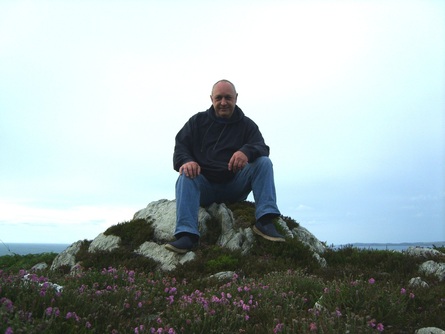 Just another 'self-portrait' a few years ago,

Taken up Holyhead Mountain on a dull day, I had to brighten it a bit to post it here. 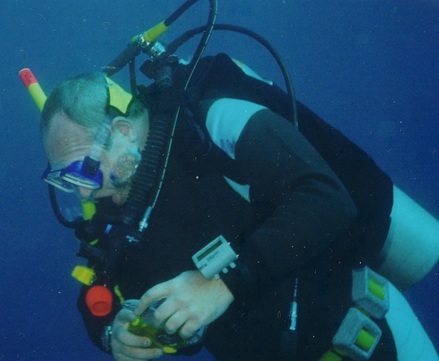 I don't have many shots of me underwater, but this was once a favourite pastime. 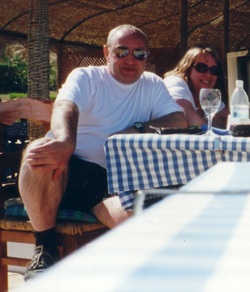 This was in Sharm-el-sheikh, not diving. 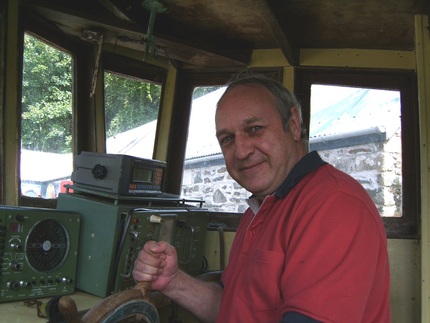 This is me messing about in a boat, it was actually in a garden next to a Cafe on Mull of Kintyre. 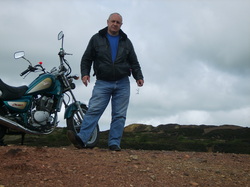 This was back when I had my motorbike,

It was only a Korean one, a Harley look-alike, I think, and only 125 cc, but I enjoyed myself.

I loved that it said on the tank "Safe and Joyful Motorlife" which must have been something they thought was the cool kind of thing Europeans might say. Creases me up that.
Great for pootling around the backroads in Wales though.